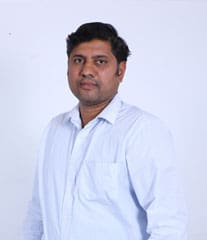 Parag is a technology serial entrepreneur with over 26 years of industry experience, out of which 18 years have been in indigenous high technology startups. At Saankhya he has been the CEO since April 2014. He co-founded Saankhya and was the CTO and VP Marketing between 2007-2014 contributing to the product roadmaps and designing the award winning Saankhya SDR architecture. Saankhya is India’s first private fabless semiconductor company. Prior to Saankhya he co-founded Smart Yantra technologies in 2000 and Vayavya Labs India’s first Electronic Design Automation Company in 2006. Smart Yantra was acquired by Genesis Microchip in 2004. Early on in his career he worked on the Mission Computer hardware and software for India’s indigenous LCA Tejas and at Philips Innovation Labs as one of its early members building worlds early DTV and STB receivers.

Parag is considered one of the foremost experts in the world on Software Defined Radios (SDR) as a technology for broadcasting, TV White Space Technologies for rural broadband and defense communications. He is also credited with nurturing and building the hardware startup ecosystem in the Bengaluru region. Under his leadership Saankhya has designed and successfully launched indigenous SDR chipsets and sat-com products for a variety of applications.

He is a named inventor on 19 US and India patents in the areas of VLSI design, CPU/SDR architecture, Digital Communications, Signal Processing and Hardware-Software Co-design/ Code generators. He holds a Bachelor’s degree in Computer Science and Engineering (1992)from Karnatak University, India.

Mr. Aitken joined the Sinclair Broadcast Group in 1999. Mark Aitken has served as Vice President of Advanced Technology since 2011. He is responsible for representation of the group’s interests in industry FCC, regulatory, technical and standards issues and represents SBG within industry related organizations.

Mr. Aitken has been involved in the broadcast industry’s migration to advanced services since 1987, from his participation in the FCC’s Advisory Committee on Advanced Television Services to current involvement with the ATSC (Advanced Television Systems Committee). Most recently, Mr. Aitken is responsible for the formation of ONE Media, a technology venture focused on development of ‘Next Generation’ systems, and a driver of key ATSC 3.0 breakthrough technologies. He is a member of the NAB TV Technology Committee which is focused on the broader technical issues of our industry. Prior to his involvement with SBG, COMARK Communications employed Mr. Aitken, holding positions including Manager of the Systems Engineering, RF Engineering and Sales Engineering groups, as well as Director of Marketing and Sales Support which included DTV Strategic Planning responsibilities. While with COMARK, Mr. Aitken was part of the “Emmy Award Winning Team” that revolutionized the Broadcast industry by bringing IOT (Inductive Output Tube) technology to the marketplace.

Mr. Aitken is a member of the Association of Federal Communications Consulting Engineers (AFCCE), the Institute of Electrical & Electronic Engineers (IEEE) and the Society of Motion Picture & Television Engineers (SMPTE). He is the author of many papers dealing with innovative RF product developments, advanced digital broadcast systems design-implementation strategies, and holds patents for various RF devices and Next Gen systems. He is a recipient of the 2008 “Broadcasting and Cable” Technology Leadership Award and 2013 recipient of the ATSC “Bernard Lechner Outstanding Contributor Award”. 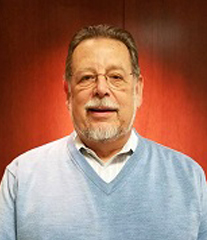 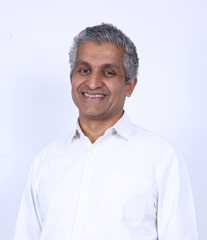 Vishwa is an active technology entrepreneur with over three decades of industry and research experience. He co-founded Saankhya and has been responsible for shaping and running company’s business operations. Prior to Saankhya he was co-founder and CEO at Smart Yantra technologies, a high technology product start-up; one of India’s first video streaming IP companies. Smart Yantra was acquired by Genesis Microchip in 2004.

He has been responsible for building and sustaining highly motivated technology teams at Saankhya and Smart Yantra. Under his leadership, Smart Yantra acquired several international clients. When at Genesis, he built the technology team responsible for the delivery of several key IPs. Prior to founding Smart Yantra, he was at Philips Consumer Electronics where he contributed to the system and software architecture for a new range of digital Televisions. His research at Philips Research Labs Eindhoven led to the development of computational models for estimation of video quality.

Vishwa was awarded Ph. D. from Eindhoven University of Technology, The Netherlands, and M.E in ECE from Indian Institute of Science (IISc) Bangalore. Vishwa has authored several publications in leading international journals and a named inventor in several Indian and US patents.

Hemant Mallapur has 26 years of industry experience in Semiconductor and System product development and engineering management. At Saankhya as a Co-Founder and EVP of Engineering he is responsible for development of Broadcast and Rural Broadband products.

Prior to Saankhya he was one of the early members of Sage Inc which had its IPO on NASDAQ (SAGI) in 1999 and where he led the development of company’s successful IC’s for HDTV & LCD displays. Earlier he worked at Synopsys and Paxonet on ICs for Networking, PC and Graphics.

He was featured in the EDN ASIA magazine for their Innovator Award in 2000. He holds 3 US patents and has co-authored 4 papers in industry conferences. He completed his B.Tech in 1992 in Electronics and Communications Engineering from College of Engineering, JNTU Hyderabad, India. 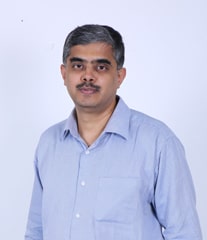 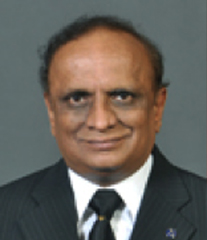 Venkatesh K. Patil is a leading industrialist of North Karnataka region of India. He is the Managing Director of Karnataka Industrial Gases Pvt. Ltd. and Group of companies, who are the major producers of Industrial gases, Medical gases and Gas Mixtures. His industries span across the states of Karnataka and Maharashtra. He is a Managing Committee Member of the prestigious All India Industrial Gases Manufactures Association (AIIGMA).

He has diversified business interests in technology companies. He is a reputed angel investor, having backed technology companies based out of North Karnataka. At Saankhya as a member of the Board he actively advises the Management Team in general management and administration matters. Prior to Saankhya he was a member of the Board at Smart Yantra. He also founded Kernel Technology – an embedded software company

We use cookies on our website to give you the most relevant experience by remembering your preferences and repeat visits. By clicking “Accept and proceed”, you consent to the use of ALL the cookies. Read more about our Privacy Policy.
Accept and proceed
Manage consent

This website uses cookies to improve your experience while you navigate through the website. Out of these, the cookies that are categorized as necessary are stored on your browser as they are essential for the working of basic functionalities of the website. We also use third-party cookies that help us analyze and understand how you use this website. These cookies will be stored in your browser only with your consent. You also have the option to opt-out of these cookies. But opting out of some of these cookies may affect your browsing experience.
Necessary Always Enabled
Necessary cookies are absolutely essential for the website to function properly. These cookies ensure basic functionalities and security features of the website, anonymously.
Functional
Functional cookies help to perform certain functionalities like sharing the content of the website on social media platforms, collect feedbacks, and other third-party features.
Performance
Performance cookies are used to understand and analyze the key performance indexes of the website which helps in delivering a better user experience for the visitors.
Analytics
Analytical cookies are used to understand how visitors interact with the website. These cookies help provide information on metrics the number of visitors, bounce rate, traffic source, etc.
Advertisement
Advertisement cookies are used to provide visitors with relevant ads and marketing campaigns. These cookies track visitors across websites and collect information to provide customized ads.
Others
Other uncategorized cookies are those that are being analyzed and have not been classified into a category as yet.
SAVE & ACCEPT