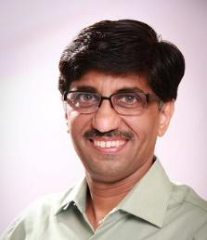 Prof Abhay Karandikar is currently the Director, Indian Institute of Technology (IIT) Kanpur, one of the premier technical institutes of India. Prof Karandikar is also Member (Part-Time) of Telecom Regulatory Authority of India (TRAI). Before joining IIT Kanpur as the Director in April 2018, he served as Institute Chair Professor in the Department of Electrical Engineering at Indian Institute of Technology (IIT) Bombay. He also served as Dean (Faculty Affairs) and Head of the Electrical Engineering Department at IIT Bombay. He spearheaded a national effort in setting up Telecom Standards Development Society of India (TSDSI), India’s standards body for telecom with participation of all stakeholders. Prof Karandikar was the founding member and former Chairman of TSDSI. He serves on the board of several companies and has founded and mentored start-ups in telecom and networking. He was member of High Level Forum on 5G setup by the Government of India and Chaired the 5G Spectrum Policy Task Force. Prof Karandikar has several patents issued and pending, contributions to IEEE, 3GPP standards, contributed chapters in books and large number of papers in international journals and conferences to his credit. Prof Karandikar was awarded with IEEE SA’s Standards Medallion in December 2016 in New Jersey. His team also won Mozilla Open Innovation challenge prize in March 2017 for his work on rural broadband and digital empowerment in rural India. He is co-author of papers which won the Best paper awards in ACM MobiHoc 2009, Workshop on Indoor and Outdoor Small Cells WiOpt2014 and finalist for the best paper award in IEEE LCN 2012 and IEEE NCC 2014 conferences.

Amar Maletira is a seasoned executive with more than two decades of broad leadership experience in business, sales, finance, and corporate development in the technology industry. Currently, he serves as President & Chief Financial Officer of Rackspace Technology – a leading Multicloud solutions company.

He was previously the Executive Vice President and Chief Financial Officer of VIAVI, a Test & Measurement, and Optical Security Performance company. Prior to VIAVI, Maletira was at Hewlett-Packard where he held a series of executive positions including Vice President and Chief Financial Officer of Americas Enterprise Services, CFO for Application Services, and Director of Investor Relations. Before Hewlett-Packard, Maletira served as COO for a start-up IT consulting company in Michigan and led sales teams at Siemens and HCL in India.

Maletira was recognized as the CFO of the Year-2016 by Silicon Valley Business Journal. Institutional Investor Magazine through a 2019 survey of equity investors, ranked Maletira as the #1 CFO for midcap companies in the Technology, Media & Telcom sectors in the US. 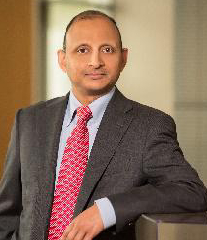 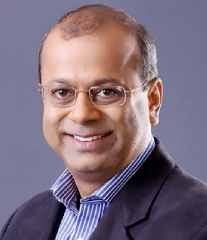 Kiran Deshpande is an accomplished leader and Angel investor with a 3 decades of experience leading several large organizations and growing several start-ups to profitable business. He was the co-founder and President of Mojo Networks, which was acquired by Arista Networks in 2018. Prior to that Kiran was the Managing Director and CEO of Mahindra British Telecom (MBT) and has held several leadership positions in companies such as Tata Consultancy services (TCS), IMR etc. Kiran serves on the Board of several start-ups and is also President of TiE Pune, where he mentors severalstart-ups in Pune area..

Mariam Sorond is a visionary leader and expert in the field of Broadband, Mobile, Fixed, and Satellite Networks.

She has formerly led the research and development of new technologies as Chief Research and Development Officer at CableLabs. Mariam has more than 26 years of technical and strategy experience in the telecommunications industry and has also held leadership positions both within start-ups and Fortune 500 enterprises, responsible for developing the technology vision, deploying networks, analyzing trends, guiding business investments, and participating in regulatory and standardization processes.

Mariam has previously held the position of Chief Wireless Architect for DISH Network and led the team focused on the 5G network. She was also responsible for spectrum technology and strategy, end-to-end technology development, creating the next generation network architecture and standards development. Prior to joining DISH, she worked at various companies such as Lucent Technologies (now Nokia), ICO, Nextel, and PrimeCo – where she began her career as an RF Engineer.

Mariam has served as a member of the NTIA’s Commerce Spectrum Management Advisory Committee since 2014. She has been awarded several patents, with others pending, and is a frequent speaker and panelist at industry forums. 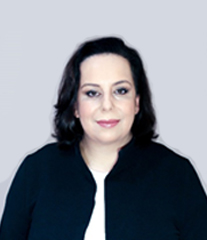 Page load link
We use cookies on our website to give you the most relevant experience by remembering your preferences and repeat visits. By clicking “Accept and proceed”, you consent to the use of ALL the cookies. Read more about our Privacy Policy.
Accept and proceed
Manage consent

This website uses cookies to improve your experience while you navigate through the website. Out of these, the cookies that are categorized as necessary are stored on your browser as they are essential for the working of basic functionalities of the website. We also use third-party cookies that help us analyze and understand how you use this website. These cookies will be stored in your browser only with your consent. You also have the option to opt-out of these cookies. But opting out of some of these cookies may affect your browsing experience.
Necessary Always Enabled
Necessary cookies are absolutely essential for the website to function properly. These cookies ensure basic functionalities and security features of the website, anonymously.
Functional
Functional cookies help to perform certain functionalities like sharing the content of the website on social media platforms, collect feedbacks, and other third-party features.
Performance
Performance cookies are used to understand and analyze the key performance indexes of the website which helps in delivering a better user experience for the visitors.
Analytics
Analytical cookies are used to understand how visitors interact with the website. These cookies help provide information on metrics the number of visitors, bounce rate, traffic source, etc.
Advertisement
Advertisement cookies are used to provide visitors with relevant ads and marketing campaigns. These cookies track visitors across websites and collect information to provide customized ads.
Others
Other uncategorized cookies are those that are being analyzed and have not been classified into a category as yet.
SAVE & ACCEPT
Go to Top